..."WOW! I love sparse production with the focus on exquisitely recorded acoustic guitar and vocal ...Juniper knocks this out of the park!
I was immediately drawn in with the opening track Ticking with that great open tuning guitar sound and your soothing vocal delivering a lyric with which I so can relate.
After repeated listening to the entire album, it remains my current favorite track.
I’m also very drawn to Any Little Light Will Do ... but there are no “skippable” tracks. Each song is a gem to be savored!
Bravo on this fine work!"

"...With several of these pieces, it felt to me like your sung melody was flying on top of your guitar playing and the chord progression, so that it was unburdened and free. The melody lines felt almost improvised, and so felt more deeply personal. And those small touches of added piano and vocal harmonies were just right -- not too much, not too little.

My favorites are "Ticking" and "Juniper," and my word, Raymond, when you sang "And every note that I compose / will be of sage and ocean rose," I was lying on my sofa, eyes closed, thinking, "That is a great line," and then the song came to its close and I said, "Wow," not realizing that was the last song on the CD. That was beautiful."

Raymond Gonzalez "Unknown Mariner" 2017 Musical renaissance man Raymond Gonzalez plays several instruments, arranges, composes, and produces. On Unknown Mariner, he presents fifteen of his own compositions for steel string guitar. The opener, "Cape Ann's Jig," melds a familiar-sounding Celtic theme with a rocking second section before he returns to the head and plays some unexpected lines, ranging from blues to nearly atonal. He keeps things grooving but isn't afraid to challenge his listeners. On the title tune Gonzalez plays the melody on the guitar's bass and middle strings, interspersing its phrases with beautiful, muted arpeggios. "The Night Owls (JR's Two-Tap)", is a snappy minor blues in an open C tuning that is bound to please a live audience. It's followed by the rubato "G9," which, along with the reflective "Red Sky at Night," is among my favorites. It's these and other slower pieces like "Water and Stone" and the closing "Gan y Mor" that exhibit Gonzalez's compositional skills and expressive playing to full advantage. Also from a guitarist's perspective, his use of contrapuntal voices while playing in over half a dozen different tunings is stunning. The audio quality is pristine and intimate. Anyone who enjoys the original solo guitar works of John Renbourn and Laurence Juber should thrill to hear Raymond Gonzalez. He's a master of his craft and worth following. © Patrick Ragains

Gloucester based composer, arranger, producer and multi-instrumentalist, Raymond Gonzalez is an accomplished fingerstyle guitarist of the highest order. Playing since the age of 8, Gonzalez has performed extensively throughout the United States. Classical, Celtic, jazz, folk, blues, rock and the avant-garde are all familiar tools in his wheel house. Gonzalez holds a Master’s degree in Composition from the New England Conservatory of Music. He taught guitar at the U-Mass, Boston for 11 years and currently teaches, classical and fingerstyle jazz guitar, songwriting and music industry at Salem State University in Salem, MA. So when we call him accomplished, it seems a bit of an understatement.

On his latest (and twelfth) album, Unknown Mariner, the guitar mensch unveils beautifully executed solo guitar compositions featuring riveting complexity and pioneering ability. While it may seem musically obtuse to the average listener/ player, Gonzalez pulls it off with ease and charming grace.

Unknown Mariner is a magnificent work of musical art that will be long appreciated by generations to come. Bravo! [B.M.O.]

My latest solo guitar collection: May 2012

"Open Tuning," 2012 "Open Tuning," the eighth solo CD from guitarist, multi-instrumentalist, composer, arranger, producer and singer Raymond Gonzalez, travels further down the path explored on two of his most recent releases "Tunes from the Blue Fish I" (2006) & "II" (2008). A seasoned fingerstyle virtuoso, Gonzalez nimbly and astutely presents 15 original compositions that are clearly defined, yet also represent a body of acoustic bliss that has a sweep and majesty in its completeness. I can't remember the last collection of tunes I heard that worked so well together. Could this be Gonzalez's classical chops shinning through? Tracks 12-14, "Three October Preludes" are evidence of this delicious sense of continuity that is evidenced through out this meticulously crafted and performed ensemble of tunes. Just the right sense of complexity, "Cheetah" and "The Red Leaf", and melody,"Angel Park" and "One Summer Day" abound in "Open Tuning." © James Filkins

Raymond Gonzalez
Bright notes played so that each has a say is the standard on the most recent album effort from Raymond Gonzalez, Open Tuning. Recorded at Blue Fish Studios in Marblehead, Mass, Open Tuning is 100% Raymond Gonzalez. Beyond masterful playing that caresses and coaxes notes from the guitar, Raymond wrote produced, recorded and mixed the project.
Open Tuning features elements of Jazz and Classical music a Raymond Gonzalez incorporates earlier compositions into the tunes, offering him a way to rediscover them in the present. “Jersey Flower” sparkles like dew in the sunlight, “Sad-Eyed Brother” offers sparse note patterns and uses the spaces in between to confirm the hurt, “Midnight Aria” lets the glow of its softly plucked arrangement shine in the dark and “The Red Leaf” picks up the pace and hurries the track along with flying fingers and notes that flash by like memories.  Danny McCloskey

Raymond Gonzalez is an accomplished fingerstyle guitarist, composer, arranger and producer. Currently teaching music at Salem State University, Gonzalez has also been a part of the faculty at U-Mass Boston and received a Masters Degree in Composition from the prestigious New England Conservatory of Music. On his eighth album of original guitar compositions entitled, Open Tunings, Gonzalez engages the listener with beautiful melodies, artistic arrangements and meticulous execution. His articulation and sense of dynamic is flawless from track to track as he signifies his instrument of choice [Ed Claxton EM-C; Martin OM42; Martin HD35 Custom] on each cut. Songs of note include the deft fretboard workout of "Cheetah," the gorgeous lilt of "Angel Park," the Chet Atkins inspired "Jersey Flower," the contemplative "Afterthought," and the jangling precision of "Major Meets Minor." On Open Tunings, Raymond Gonzalez proves himself to be a world-class artist worthy of recognition beyond our humble seaside state. [B.M.O.] Brian M. Owens 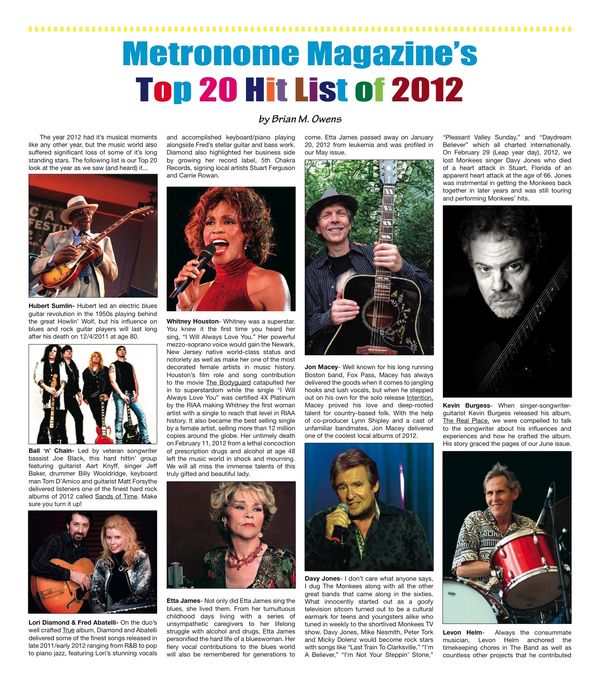 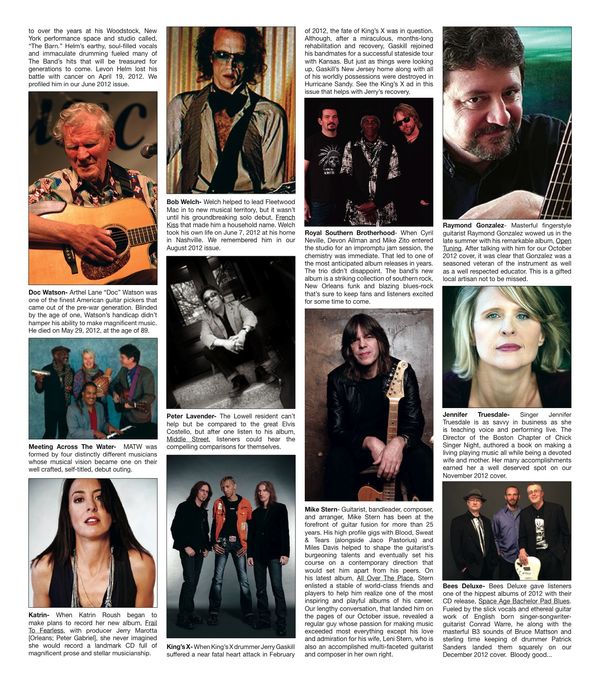 What is says in the paragraph above....

Raymond Gonzalez- Masterful fingerstyle
guitarist Raymond Gonzalez wowed us in the
late summer with his remarkable album, Open
Tuning. After talking with him for our October
2012 cover, it was clear that Gonzalez was a
seasoned veteran of the instrument as well
as a well respected educator. This is a gifted
local artisan not to be missed. - Brian Owens, Metronome Magazine

Open tuning, indeed! It is all there with a tuning description for each of these fifteen instrumental guitar pieces. Although this is clearly an album guitar lovers will enjoy, there is a great sense of melody and a clear showcase of dexterity here for even minor fans of the guitar. It is pretty simple—if you like exquisite finger style guitar, then give this a listen. If you like John Renbourn, you will surely enjoy this record. And even with about 37 John Renbourn albums in my library, this one was able to offer me plenty to enjoy.  © David Hintz